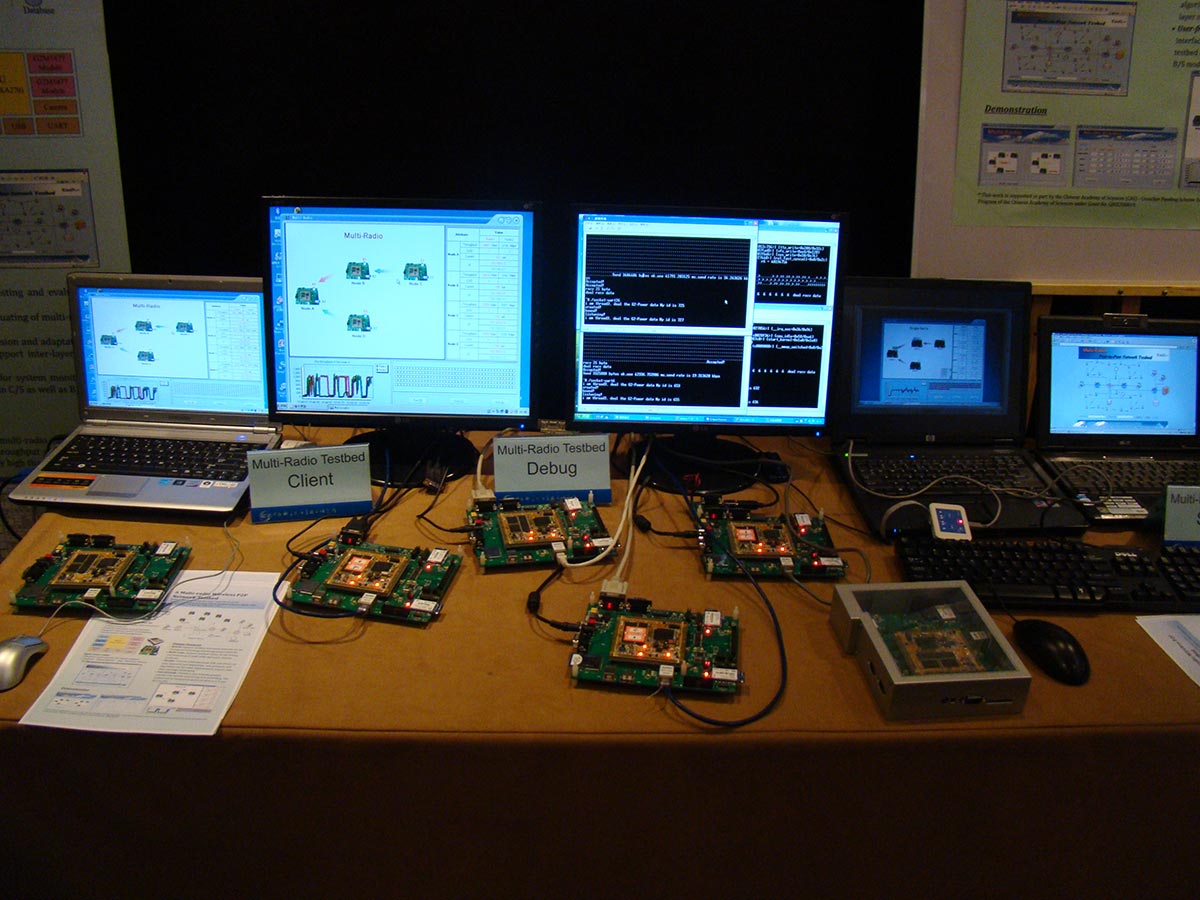 The Internet is evolving into a heterogeneous network of networks, with different component networks which may be wired and wireless and may have widely varying network characteristics. In this project a testbed was constructed to study peer-to-peer applications in a heterogeneous wired and wireless network environment and develop novel protocols most suited to this environment.

We are very grateful to the CAS-Croucher Joint Research Scheme as it provides the opportunity for HKU and CAS ICT to work together on a very exciting and challenging project. We look forward to further collaboration in the future.

The Internet is evolving into a heterogeneous network, with wired and wireless components, each with its own special characteristics in terms of transmission speeds, errors, and interference tolerance. In this project, Professors Victor Li and Li Zhong-cheng's research explores the design of innovative network protocols (control and management mechanisms) and applications in the internet environment. To evaluate the designs, they constructed a heterogeneous network testbed.

This joint project takes advantage of the complementary strengths of the University of Hong Kong and Chinese Academy of Sciences ICT. HKU has a strong network protocol design and performance evaluation via computer simulation and mathematical modeling, while the strength of Chinese Academy of Sciences ICT lies in hardware and software development for wireless networks. Working together, they have developed new protocols for resource allocation in a heterogeneous environment.  The protocols take advantage of the broadcast nature of wireless communications, and accounts for the dynamic nature of wireless nodes.

The teams have also developed an efficient scheme to access the wireless channel and forward data. A conflict-free broadcasting scheme was developed to address the problem of file sharing in wireless P2P networks. This scheme not only makes use of the broadcasting nature of the radio channel, but also schedules multiple transmissions simultaneously to take advantage of the frequency reuse nature of a multi-hop wireless network. To evaluate of their proposed protocols,  a heterogeneous testbed was constructed, which supports both wired and wireless nodes with multiple radio interfaces, and allows customisation of the medium access control (MAC) layer.

The researchers noted that existing testbeds mostly support single radio interface, and do not allow customisation of the MAC layer, rendering it difficult, if not impossible, for testing of novel network protocols. Although this joint project has officially ended, the  teams found this collaboration very fruitful, and continue to work together, with the aim of establishing a CAS-Croucher Joint Lab.