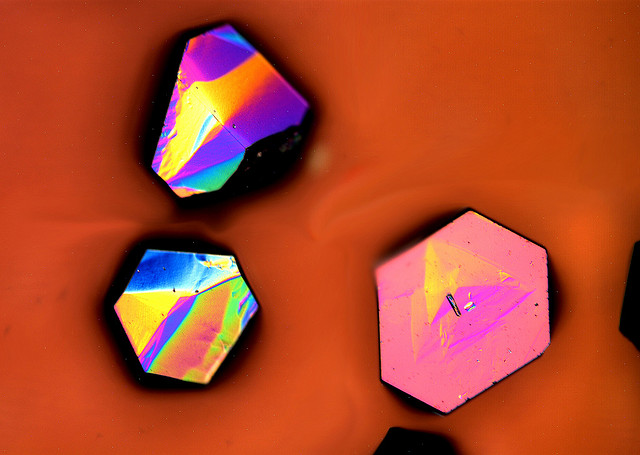 Nanocone and nanopillar arrays constructed for the first time from cBN-diamond composite films.

Cubic boron nitride is structurally similar to diamond: both have strong covalent bonds and high atom density that give them extreme physical and chemical properties. This project is focused on the controlled growth of diamond and cubic boron nitride films and their surface modification and characterisation for sensing applications.

This project significantly contributes to the science of new chemical or biological sensors, and provides practical routes for applications.

Surface functionalisation of thin films with organic molecules has attracted widespread research interest due to their potential applications in various domains such as optics, electronics, chemical sensing, catalysis, and separation.

Professors Zhang and Wang's research team have been working on a the nanorestructuring of diamond and cubic boron nitride films using a reactive ion action to the surface of the two films. A chemical approach will be utilised to attach props to give a fluorescent signal that some important target species (chemical or biological) are sensitive to.

The substrate is used to create sensors to locate mercury and heavy metal ions. These ions can be used for heavy metal detection that are found in environmental settings and are toxic to the human body. Zhang and his colleagues worked on a general rather than a specific target but he says the technique has multiple applications such as food safety or detection of heavy metal ions in the soil.

The surface state of the sense film is crucial for the attachment of different props. Diamonds are made of carbon so it needs carbon atoms whereas cubic boron nitride has both boron and nitride atoms, which opens up more choices. Although they have similar properties, cubic boron nitride is superior to diamond in some respects, one being the larger span gap which can be stabilised with fluorescent sensors.

It is early days and cubic boron nitride is not cheap to produce. However, the team has made  significant advances. "Basically, we are pioneers in the field," says Zhang, "Not many laboratories in the world can produce cubic boron nitride with the quality and thickness we can."